With an installed capacity of over 100 GW in August 2021, the Indian RE sector is already the fourth-largest in the world and supplies to around 10 per cent of the country’s total electricity. The five-fold increase in installed RE capacity from 2010 to 2020 can be attributed to supportive RE policies and the rapid reduction in technology costs over the period.The commitment to grow it is evident now more than ever. At the recently concluded COP-26, the country announced a commitment to meet 50 per cent of the electricity requirements from RE by 2030.

Timeline of Indian RE policies vs installed capacity 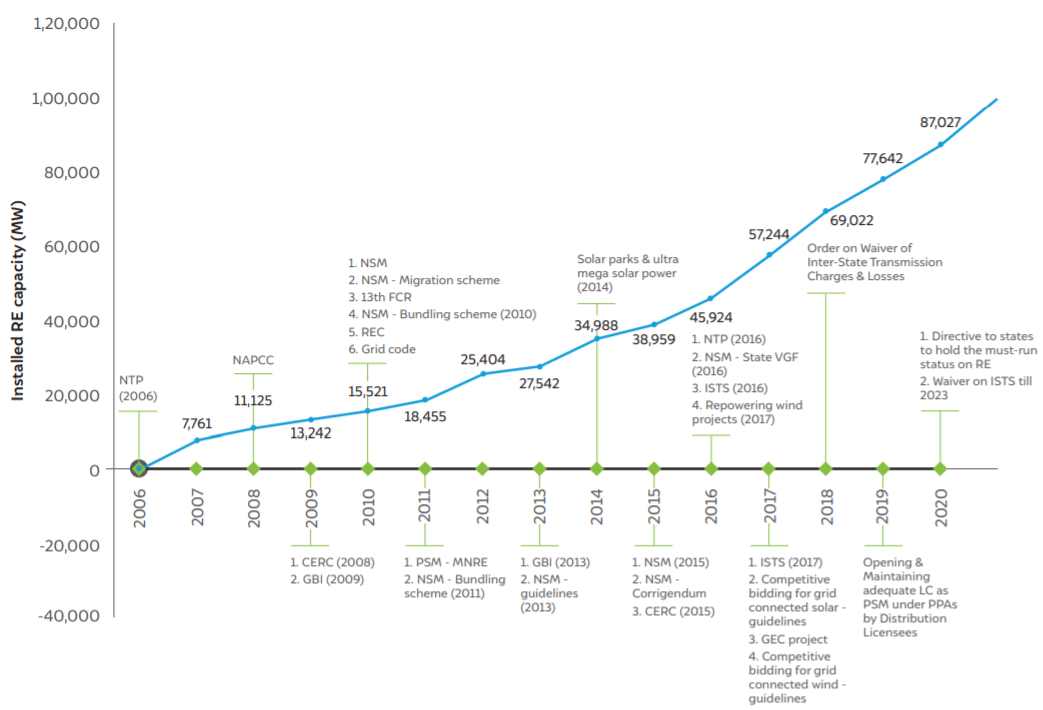 The credit ratings of wind projects have moved primarily into the investment-grade domain, but the installation rate has flattened since 2017 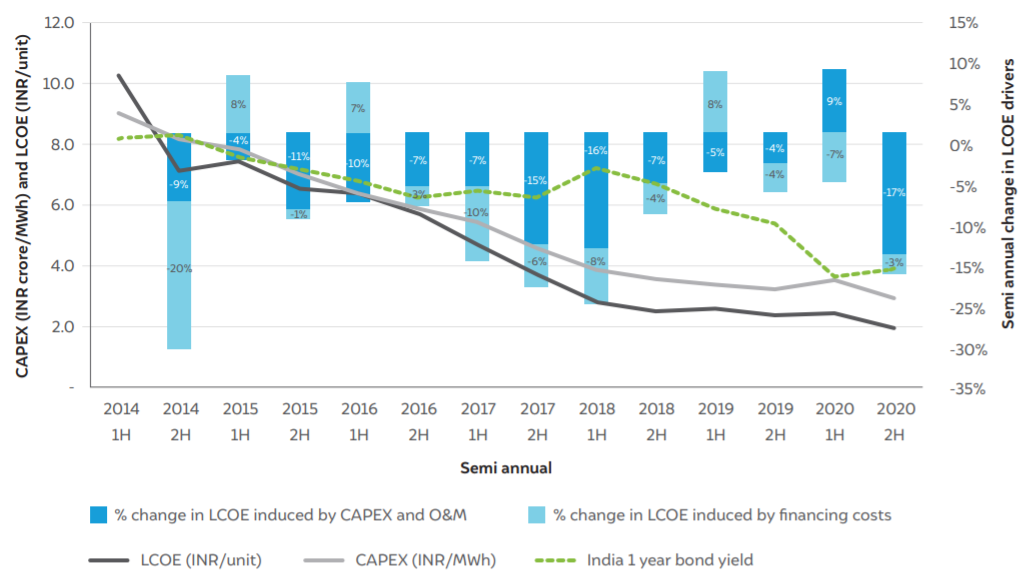 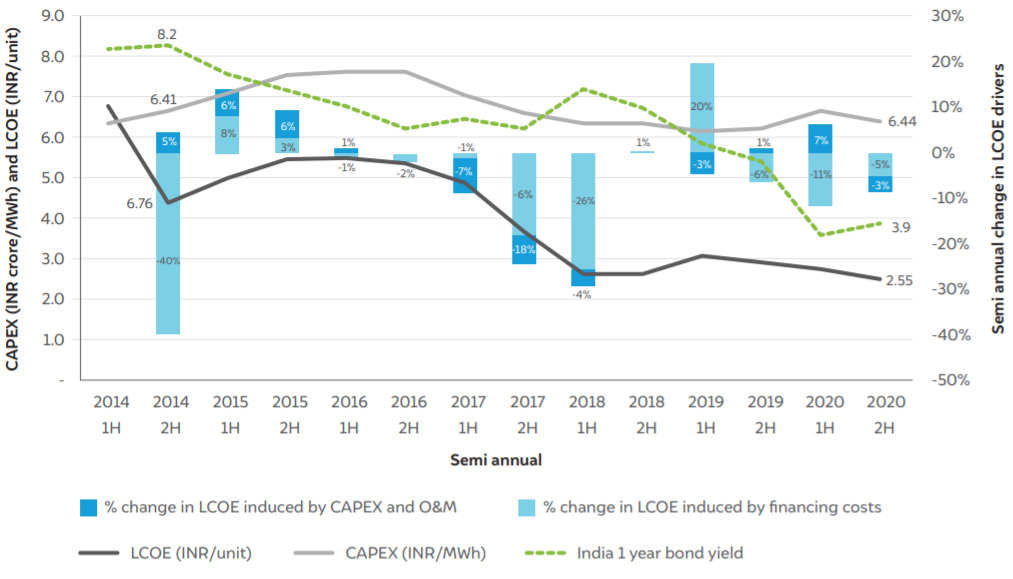