This report analyses how the interplay between risks, policies, and market developments has shaped renewable energy capacity addition in India, and identifies gaps that need to be addressed.

As of 2017, India has the world’s fourth largest installed wind capacity and the sixth largest installed solar capacity. Investment flow into the renewable energy sector in India is the second highest among developing countries. India has instituted several policy measures to support renewable energy deployment, but actual capacity addition is contingent upon how these policy measures are able to address the various risks plaguing the sector.

This stocktake, which follows an analysis of clean energy investment trends in India, aims to aid policymakers, regulators, developers, and investors assess the extent of consistency between the current state of the sector and India’s clean energy ambitions, and identify the course corrections required to further the energy transition. It focuses on the solar and wind energy sectors, given their primacy in India’s renewable energy ambitions. 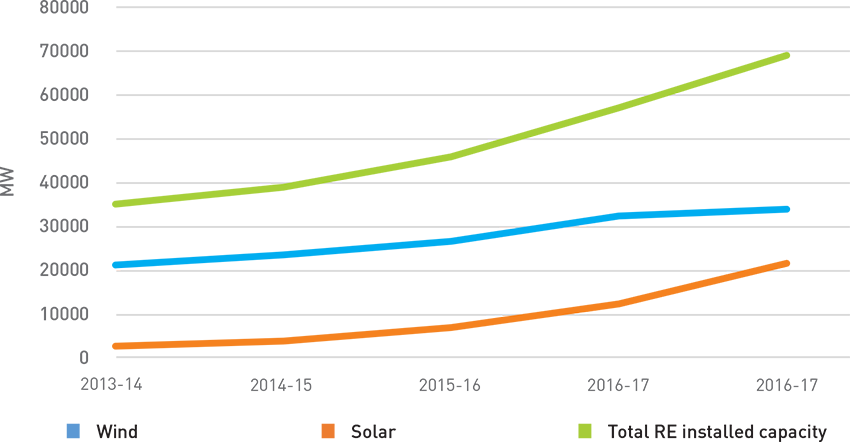