This study analyses green bonds issued by Indian RE developers in international markets since the first issuance in 2014 to the first half of 2021. Bonds issued for financing or refinancing RE assets typically carry third-party certification as ‘green’ bonds. With funds availability with domestic lenders proving a bottleneck for RE projects, developers must fully utilise all available routes to accelerate fundraising and project deployment. Green bonds can play a vital role in this process. The study analyses key characteristics of the bonds, such as pricing, geographic allocation, and maturity periods. Further, it does a deep dive into the portfolio refinanced by green bonds and explores the technologies, offtakers, and project profiles for this portfolio.

Green bonds come under the wider ambit of ESG bonds 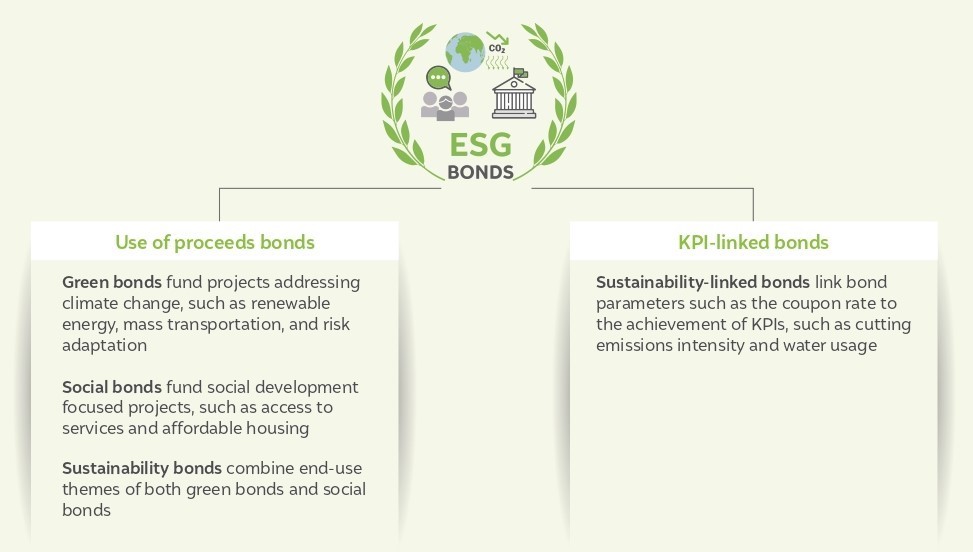 Developers with strong financial credentials have received strong backing from international bond markets. While green bond issuances have so far been concentrated in large-scale developers, we recommend that developers not at gigawatt scale also seriously evaluate this route. Further, upstream ‘green’ industries, such as RE manufacturing, and industries looking to go green can also leverage the route to access debt capital. Finally, policymakers must take lessons from the success of Indian developers in international bond markets to revitalise the domestic green bond market.